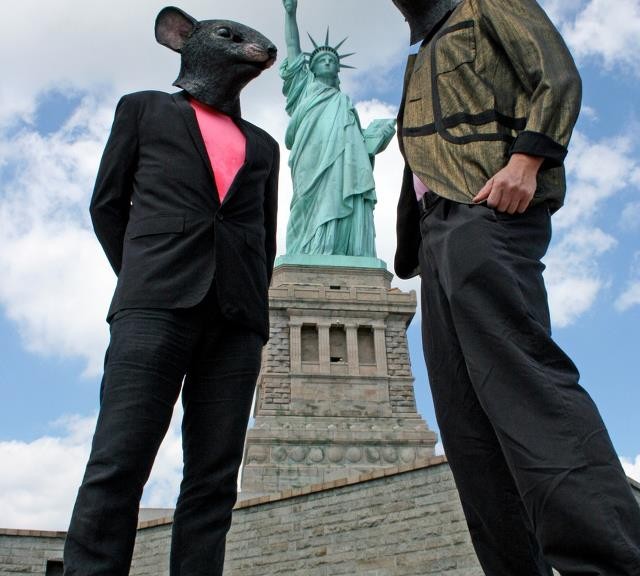 Evil Cowards is a spin-off group featuring Tyler Spencer of Electric Six and William Bates of Fall Off Your Sword. They’ve so far released two studio albums, as well as other collaborations away from the band title.

Evil Cowards is kind of a side project for two guys who have more full-time things going on. But it’s an awesome side project. This second album “Moving Through Security” is being self-released because after three years of waiting and hoping we’d have more time to play live shows, we are realizing that might not happen anytime soon. So we are putting these songs out there. The songs can be bought digitally on iTunes and Amazon, and the physical CDs can be bought wherever Electric Six or Fall On Your Sword are playing a show or DJ set.